ONE UGANDA, ONE PEOPLE: “MORE THAN JUST THE COLORS” 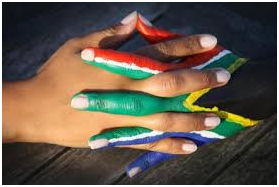 The words of Joseph Addison: “When I look upon the tombs of the great, every emotion of envy dies in me; when I read epitaphs of the beautiful, every inordinate desire goes out; when I meet with the grief of parents upon a tombstone, my heart melts with compassion; when I see the tombs of parents themselves, I consider the vanity of grieving for those whom we must quickly follow: when I see kings lying by those who deposed them, when I consider the rival wits placed side by side, or the holy men that divided the world with their contests and disputes, I reflect with sorrow and astonishment on the little competitions, factions and debates of mankind. When I read the several dates of the tombs of some that died yesterday, and some that died six hundred years ago, I consider the great day when we shall all be contemporaries, and make our appearance together”